A MASSIVE GUIDE TO TRAVEL IN SAUDI ARABIA 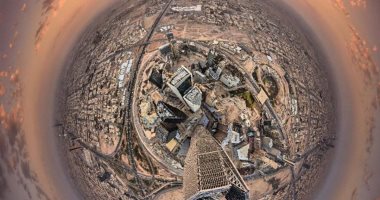 A MASSIVE GUIDE TO TRAVEL IN SAUDI ARABIA

Do you know that Saudi Arabia had some visitation restrictions before? Only people in the Islamic religion or those working in the oil industry were allowed into this kingdom, even though they are not authorized to visit all the places in this glamorous country. However, everything changed in 2019, as people from different countries are permitted to explore this beautiful country. The introduction of the electronic-visa policy has gone a long way in aiding this Idea. Citizens from different nations can now visit this country and even the Hajj and Umrah people can visit places beyond Mecca and Medina. Saudi Arabia is a place every individual will love to visit. There are a lot of beautiful places, tremendous landscapes, beaches, artifacts, and so many heartwarming views and breathtaking history. It is home to the largest desert and the people of this kingdom are popularly known for their hospitality, respect, loyalty, patriotism, respect for religion, soundness of moral character and so many stupendous values. However, there are a lot of things you need to know before visiting this blessed country to avoid being punished as it is a land of harmony, purity, and decency.

Their currency is called “the Saudi Riyal” and this harmonious country was founded in 1392. The Saudi Arabians are practicing the monarchical system of government, thus, a higher degree of the Parliament’s power is vested in the hands of the Royal family and the house of Saud who are ruling to date. The present monarch ruling is king Salman. However, Muhammed bin Salman (MBS), his son, runs the kingdom, more or less. The 2030 vision strategy that led to the development of tourism was prompted by him.

Islam which is one of the world’s largest religions originated in the Arabian peninsula. The two holiest cities that accept countless numbers of Muslims for Hajj and Umrah in a year are located in Saudi Arabia. They are Mecca and Medina. Islam is extremely pertinent and respected in Saudi Arabia.

THE MOST SUITABLE TIME TO VISIT SAUDI ARABIA.

Getting a Saudi Arabia visa is usually easy and certainly not time-consuming. You can be in your room and less than 15 minutes you would have already applied for a visa to Saudi Arabia through the electronic visa Strategy. The e-visa will allow you to stay in Saudi Arabia for up to 90 days. It is a multiple entry visa for a year.

WHAT YOU NEED TO PACK WHILE TRAVELLING IN SAUDI ARABIA.

Saudi Arabia is known for decency as there is no toleration for immorality and indecent dressing. Make sure you pack clothes that are capable of covering your body while touring.

Coming along with a water bottle is highly suggested as plastic waste is not taken with levity hands. Clean and safe water is generally available for everyone.

Your skin is one of the most important things you should protect. However, the sun and heat of Saudi Arabia are extremely intense. You definitely will be needing sunscreen.

The most common language in Saudi Arabia Is Arabic. That is why you will be needing an Arabic phrasebook to communicate effortlessly with the citizens of Saudi Arabia. You shouldn’t be surprised to know that Arabic is written from right side to left.

Practicing another religion openly aside from Islam is highly prohibited. Although there are Christians, Buddhists, Hindus, and Sikhs in Saudi Arabia. Nonetheless, open worship or practice is frowned at in Saudi Arabia. Atheism is not embraced in Saudi Arabia, if you are an atheist, then you should be secretive about it.

HOW TO BEHAVE IN SAUDI ARABIA.

There is strict gender segregation and restrictions on gender interaction. Organizations, schools, restaurants, and institutions usually have different sections for each gender. Here are some of the ways you should behave in Saudi Arabia;

1. Do not touch or look at the opposite gender, especially in a seductive manner.

4. Forgo talking while eating, and make sure you eat with your right hand.

5. Abusing the royal family, Islam, and people is prohibited.

6. Taking a public picture is not encouraged.

7. Eating pork meat and drinking alcohol and other negative things are not allowed. You need to be careful.

IF YOU ARE A VEGETARIAN

You don’t need to worry as there are a lot of vegetables awaiting you in Saudi Arabia.

Riyal is the currency used in Saudi Arabia. You can use international credit cards for large transactions.

You can either move from one place to another in Saudi by car plane the bus. It is based on time, finance and urgency.

Saudi is a lovely country and you shouldn’t miss visiting there. Going to Saudi Arabia will not only satisfy your motive for attending but will also add to your positive values.

A day in Hail

A day in Hail