GUIDE TO TRAVEL TO SAUDI ARABIA 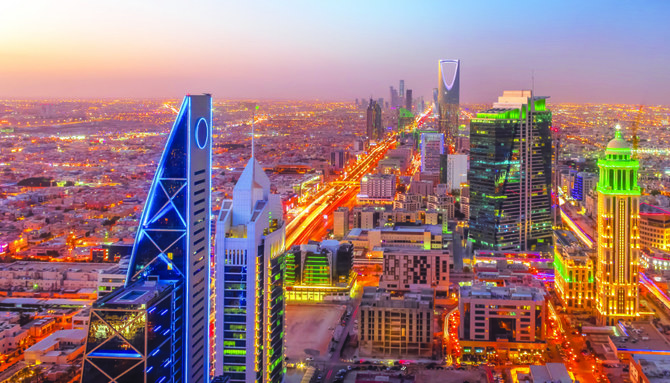 GUIDE TO TRAVEL TO SAUDI ARABIA

Going to Saudi Arabia means desert adventures, incredibly beautiful beaches, dazzling metropolises, internationally renowned holy sites and towering snow-capped peaks.  Although it is the birthplace of Islam and the burial place of the Prophet Muhammad, Saudi Arabia is anything but a simple pilgrimage destination.  The capital, Riyadh, nicknamed the "Queen of the Desert", is like a polished diamond in a vast sea of ​​rough pebbles.

Its futuristic and sophisticated buildings create a really interesting contrast to the traditional ways in which the city is rooted.  Jeddah, the second-largest city in the country, boasts an idyllic location on the Red Sea coast.  Visit Masjid Al Rahma (Jeddah's floating mosque), admire the ancient city gates, and stroll along the Jeddah Corniche, a 30km waterfront promenade, where the King Fahd fountain rises to the height of a skyscraper in the hot Saudi air.

Once was one of the hardest countries to visit, Saudi Arabia is finally issuing visas for independent travel and tourism.

Before, the only way to travel to Saudi Arabia was with a business visa, through a strong local connection that could sponsor your visit, or with a pilgrimage visa to visit Mecca and Medina (Muslims only).

So the fact that Western tourists can suddenly visit Saudi Arabia on their own, with backpacks, both men and women, is a very radical change.

HOW TO GET THERE

The KSA is situated in the Middle East and borders Iraq, Jordan, Kuwait, Oman, Qatar, Yemen as well as the United Arab Emirates.  With an emphasis on developing its tourism sector, Saudi Arabia has officially opened its doors to international travelers.  In fact, if you come from one of the 49 countries listed, you can now apply for a tourist visa online or get one on arrival.

The high season (November to February) is the best time of the year to visit the KSA.

With pleasant daytime temperatures (Riyadh's maximum daily average in November is around 28 ° C) and beautiful cool nights, the country really comes alive during this time.  Experience world-class hiking through the Alhada Mountains, explore fascinating cities like Riyadh and Jeddah, or embark on a desert camping trip like no other.

That said, there are also benefits to visiting Saudi Arabia in the off-season (July to August).  During the summer months, temperatures peak, forcing people to pour into the Red Sea for an aquatic adventure.  Visitors can enjoy turquoise waters, pristine beaches, as well as magnificent marine life while snorkeling, scuba diving or just relaxing and enjoying the serene environment.

HOW TO SOLICIT FOR A SAUDI ARABIA VISA?

The procedure for a Saudi visa application depends on your nationality:

WHO IS ELIGIBLE FOR A SAUDI ARABIA VISA

If you are a citizen of the following countries, you can apply for a Saudi Arabia (VoA) visa on arrival:EUROPE

Whether you are a speed demon or you enjoy spending time getting ready, clothing plays a vital role in our daily life.  In fact, some countries have local laws requiring men and women to dress modestly in public.  For instance, the KSA expects people to wear loose-fitting clothing that covers up to the elbow and below the ankle.  Although, the laws do not require locals or tourists to wear traditional clothing.

If you are still unsure of the correct Saudi dress code, remember to cover as much skin as possible.  Also, avoid short, tight-fitting clothing and anything that displays vulgar language or images.

No country is gender-segregated like Saudi Arabia, where local women must always wear an abaya (anyone who is improperly dressed is likely to be approached on the street) and eat, shop and live separately from any man who isn't family.

The people live under an absolute monarchy and there are severe punishments for disobeying the law.

Perhaps no country is so visibly religious.  Saudi Arabia has its own religious police, the mutatawwi, and all shops and offices close for prayers at intervals throughout the day.

Islam is the noble's state religion of Saudi Arabia.  No law requires citizens to be Muslims; however, public worship by followers of religions other than Islam is prohibited.  Any non-Muslim foreigner attempting to acquire Saudi nationality must convert to Islam.

Islam pervades the lives of Saudis in all facets; it is the driving force of their personal, political, economic and legal lives.  Religion governs the way individuals behave and operate in almost all contexts.  Due to the pervasiveness of Islam in Saudi society, the rules of religion also apply to working life.  Commercial motives are held in the highest consideration due to the Islamic work ethic of commitment to compliance.

Have you always dreamed of a dazzling desert experience like camping under the stars or flying over the sand dunes on a motorcycle?  Well, nothing says the journey of a lifetime like being able to tick the items at the top of your wish list.  Hurry up so you can be one of the first to explore all that Saudi Arabia has to offer!