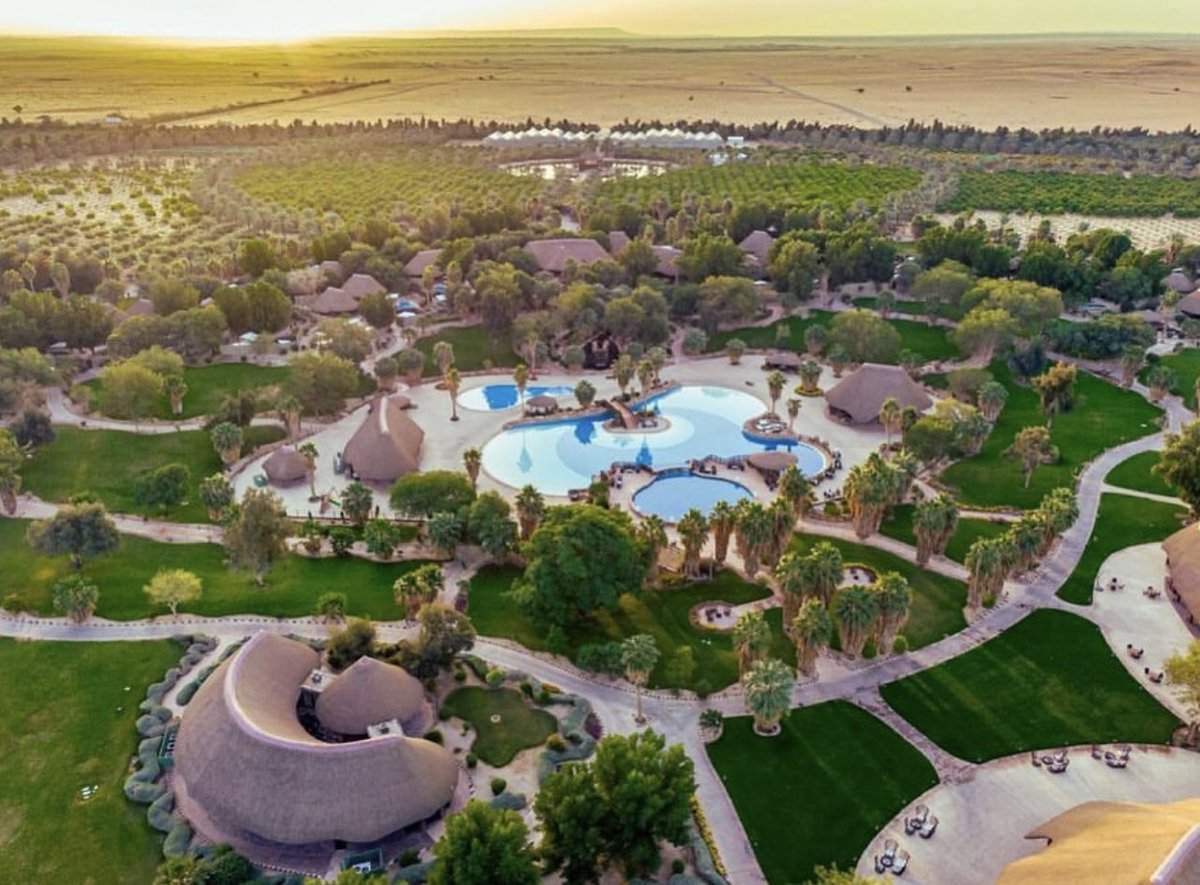 Known as home to one of the fastest dog species in the world, a wild cat breed depicted in paintings found in ancient Egyptian tombs, and a camel that can drink 113 liters of water in 13 minutes, Saudi Arabia boasts a large population of wildlife.

Plus, 82,700 square kilometers of Arabian land is protected for wildlife conservation, so your chances of spotting a memorable species are high. Nofa wildlife park is among the best places to see animals in their habitats. But they are not the only places. Exquisite wildlife exists in every corner of Arabia, from wild cats and wolves to humble hedgehogs.

Saudi Arabia is home to some of the region's most iconic wildlife!

Protecting wildlife on the brink of extinction is a top priority. Thanks to many years of initiative and support, the Kingdom is reintroducing endangered species such as the Arabian Oryx into the wild. In addition to its breeding programs, the Kingdom has also designated specific areas as wildlife sanctuaries, many of which are now open to the public. Hence, assuming you're looking to spend some time outdoors, here are three natural parks where you should plan your next trip.

Al-Taysiyah is a protected area located northeast of Riyadh, with an area of 4,272.2 square kilometers. It is believed that the Houbara bustard exists in the protected area, but it is rare, the vegetation cover is good, and it is characterized by the presence of more than 50 species, most importantly are Acacia gerrardii, Ziziphus, and other shrubs such as Lyceum shawii, Rhanterium epapposum and Haloxylon.

The reintroduction of Houbara and other endangered fauna to this area reinforces the fact that it is a natural extension of the path of movement of these creatures beyond the boundaries of the protected area. The protected area is suitable for Houbara bustard reintroduction programs, conservation of living genetic origins, and natural grassland management experiences, as well as many ecotourism activities.

This gorgeous lodge-style resort is the canvas for an explosion of wildlife and a rare opportunity to experience a piece of Africa in the Arabian Desert.

The park has just only been open to the footsteps of the public relatively recently (previously, access was limited to reserves or private events), and a safari through its secluded reserve is a magical way to spend a morning.

A tour of the Nofa Wildlife Center is included as part of the safari and is an opportunity to see and, in some cases, handle a variety of native and exotic animals.

The spacious enclosures are home to hawks, owls, reptiles, desert gerbils, and a host of other creatures, but the star of the show is the cheetah in the center. Being able to look this normally elusive predator in the eye and admire its flowing beauty from an arm's length away is the highlight of the trip.

The resort also features an equestrian complex of 232 stables and a spectacular 18-hole golf course, which is flanked by desert and a natural park and is open to day visitors. The resort hosts an annual horse racing event along with a series of show jumping competitions. Guests can also book rides.

Oroug Bani M'arad Wildlife Sanctuary is classified as one of the world's nature reserves managed by the national organization, and that organization works to protect those rare animals and objects in reserve from extinction and increase them. And that nature reserve is one of the most famous places in the Kingdom of Saudi Arabia.

The reserve is very large; its space reaches up to 980 km. It contains many natural landscapes without human intervention, such as many sand mountains, and only a plateau made of lime has been fragmented.

The animals and plants of this reserve live a stable life with each other, and in accordance with the semi-desert environment in which they live, it should be noted that the reserve contains very large quantities of completely different plants and animals. This reserve is the only reserve that has the oryx, a desert-traveling animal that became extinct in 1979, but the organization was able to return it back to the reserve, along with a few other types, such as the gozzo gazelle and the Monitor lizards, in 1995 and 1996.

Learn More About Saudi Arabia's Wildlife With These Short Facts.

Bird watchers will be happy as Saudi Arabia is on important north-south and east-west migration routes, so the Kingdom can host millions of birds during migrations.

About 180 bird species are known to breed in the Kingdom, of which 11 are endemic. Houbara bustards, golden eagles, ospreys, black hawks, and flamingos are non-native birds found in the Kingdom.

These include the carpet viper, saw scale viper, horned viper, adder or common viper, and a false horned viper. Also, the Arabian leopard and stories of its attacks on humans and livestock also secure its place on the list of Saudi Arabia's most dangerous animals. Their typical prey ranges from swift gazelles and hares to hedgehogs and small rodents, depending on what they have access to.

Striped hyena although there are only around 10,000 striped hyenas left in the world, this is one animal you won't feel lucky to have met. Although rare, attacks on humans have been documented throughout the Middle East, both in the wild and by hyenas that have made their way into towns and villages.

Global wildlife is facing a major crisis with the increasing urbanization of human civilization, and the Arab species is no different. With some of the species already extinct, animals residing on the Arabian Peninsula face the same risks as their counterparts around the world.

These are some of the most endangered animals in Saudi Arabia.

With a global population of around 10,000 and an expected decline of 10% over the next three generations, the striped hyena may be nearing its end sooner rather than later.

The Arabian oryx was believed to have been extinct in the wild since 1972. However, with careful rehabilitation and subsequent release back into the wild, the IUCN reclassified the Arabian oryx as vulnerable to extinction in the wild in 2011.

The Arabian leopard is a known subspecies of the standard leopard found in the Arabian Peninsula, specifically the Farasan Islands, with a total population of fewer than 200 individuals, making it critically endangered.

Assuming you are planning a visit to Saudi Arabia, it is a must for you to visit these natural parks as they tend to offer information and education about the wildlife of Saudi Arabia.

Get to know Jazan

Get to know Jazan