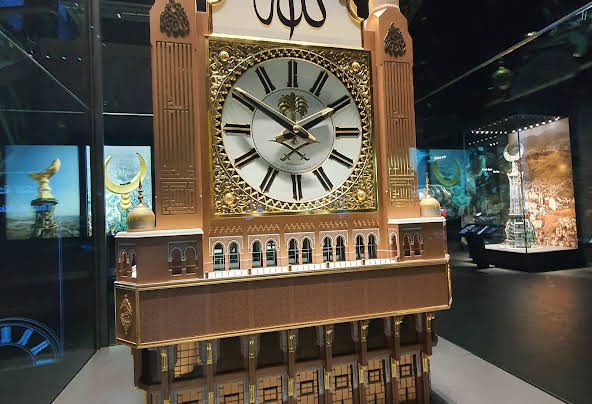 Saudi Arabia is a country rich in cultural and historical values dating back to ancient times. As a result, It has numerous state -of-art museums (private and national) which house a lot of historical remains from the ancient. These museums all provide eye-catching, informative relics which provide historical information to visitors. A lot of tourists visit in numbers to explore these amazing museums and this is further aided by the governing principle to encourage non-religious tourism. These museums are all enhanced by recent technologies and this helps in providing a mind-blowing, interesting experience to visitors.

Below is a list of 7 museums to visit in Saudi Arabia.

* Hall of Man and the Universe

* Hall of the Arab Kingdoms

* Hall of Islam and the Arabian Peninsula

* Hall of the Prophet's Mission

* Unification of the Kingdom Hall

The halls in the museum are all named according to the information contained in the hall.  This museum is one any tourist will not forget in a while, as it is really appealing and boasts of brilliant exhibitions It also offers a suitable learning environment. It's truly a beauty to behold.

The Tayebat museum is located in the Al Faisaliyah District, Jeddah, Saudi Arabia. The design was inspired by traditional Hijazi architecture of the ancient city. The Tayebat museum exhibits are mainly about the rich history of Jeddah and the history of Islam. The museum provides living history lessons on the foundation of Jeddah, Saudi Arabia, and the  Farther Arabian Peninsula. The city’s rich Islamic heritage is also well represented as there is an entire floor of the museum building dedicated to the exhibition of the religious basics.

The  Tayebat museum is really a place to visit in Jeddah.

The Al-Madinah Museum is a historic museum located in Al-Madinah, Saudi Arabia. It was founded in 1983. It was established to promote Islamic heritage. It's the first museum that specialized in the history of Al-Madinah, It's also the biggest in this specialty. The major exhibitions are about the Al-Madinah heritage and history. The museum building has 14 halls that exhibit about 2,000 rare artifacts that really capture the rich heritage and culture of Al-Madinah. Some major halls are the: Museum lobby,  Prophet Mohammed’s wives, his sons and daughters, Prophetic Mosque, and Al-Madinah Heritage.

The Al-Madinah museum is really a go-to place for research, study, or sightseeing.

The Clock Tower Museum is a science museum located on the top four floors of the Abraj Al-Bait clock tower in Mecca, Saudi Arabia. It is sponsored and operated by the Misk Foundation, a non-profit organization founded by the Crown Prince of Saudi Arabia Muhammad Bin Salman. It has four floors that exhibit distinct works which are:

* Time measurements in the past

For science enthusiasts, the Clock tower offers learning plus tourism. Tourists also get to see a  panoramic view of the Grand Mosque in Mecca on the fourth floor. In one word, the Clock Tower is simply AWESOME!

The Tabuk Castle And Museum is an ancient landmark located along the Uthman Ibn Affan Road, Tabuk. The name was gotten directly from the Quran. Famed for its amazing design and architecture which has won it a lot of awards, the museum castle dates back to 35BC. The part of the castle now used as the museum was formerly a fortress.  The castle was renovated in 1993 and now the beautiful castle has two mosques, an open square, watchtowers, and a water tank. The museum exhibits mainly, vast collections of historic files dating back to the time of Prophet Muhammad (PBUH). The museum exhibits proper ideas of what the old times in Tabuk looked like.

Book your trip now A DAY IN TABUK

The Al-Masmak Palace Museum is also a major historical place and museum in the kingdom of Saudi Arabia.  It has a very long history dating back to as far as 1282 AH /1865 AD. It was constructed during the reign of Imam Abdullah bin Faisal bin Turkey Al-Saud. For a few years, it served as a major depot for ammunition and weapons. Not long after, it was changed to a prison. Many years after,  An order was released by the then King Salman bin Abdulaziz Al-Saud to make it a museum, after many years of it serving as a national heritage landmark. The museum's main exhibits are pictures, maps, sculptures, weapons, important relics, and a recently added audiovisual exhibition hall. The museum has about ten halls.

Book your trip now A DAY IN RIYADH

The Saqr Aljazeera Aviation Museum is under the ministry of defense. It was created under the regime of his royal highness Prince Abdullah bin Abdulaziz In 1419 AH /1999 AD.  Its exhibits are the main highlights of the development of the Royal Saudi Air Force since its commencement. It was opened to mark the hundredth years anniversary of the great Riyadh city. Some of the exhibits of the museum are a wide assemblage of aircraft, an exhibition room displaying both age-old and modern planes and arms, and interestingly, a space corner.

A museum is surely a nice place for tourists to visit in the beautiful city of Riyadh, especially for tourists who have an interest in the aviation and space industry.

The history of Tabuk and the culture of Al-Ula

The history of Tabuk and the culture of Al-Ula