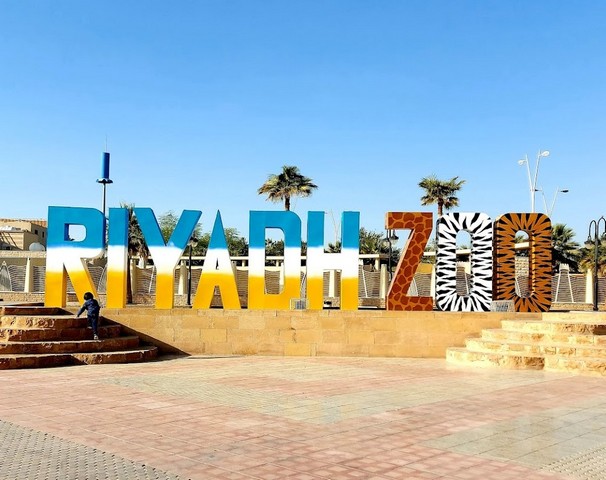 Saudi Arabia is increasingly becoming a center of attraction. Thousands of tourists from different parts of the world visit the kingdom. Riyadh, being the capital, is not left behind. Riyadh is a large city covering over 1750 sq. km.

The city has more than enough attractions to give tourists an amazing experience. Riyadh has several historical sites that have been in existence as far back as a thousand years ago. Since Saudi Arabia as a kingdom was established in the early 1900s, some of the ancient infrastructures are from decades before the kingdom was established.

Away from the busy city area, most of the historical attractions in Riyadh are situated in the less busy rural area. However, this does not imply that the urban area has no tourist attraction. Riyadh offers an impressive synchronization of local and urban attractions to tourists.

This historical center is a place you should not miss. Many tourists go to Riyadh just to visit the King Abdul Aziz Historical Center. The center allows tourists to learn about the history of Saudi Arabia. Mere looking, you might not expect to see any historical monument. However, when you get inside, you will be amazed.

The ancient attractions are encased by the unique modern infrastructure. Within the modern walls of the historical center, the ancient Muraba Palace which holds a deep history is located. Although the palace is not exactly the way it used to be in ancient times, it still has many of its constituents. The old water tower, ancient courtyard, majlis, refurbished mosque, and other monuments are historical attractions you will find at the palace.

The mosque was built to complement the palace. It was used by the ancient royal families. It was refurbished to avoid dilapidation. However, several symbolic features of the mosque are still intact. Since the historical center houses the ancient palace, it won't be wrong to say that it is the deepest source of Saudi Arabian history.

The incredible Masmak Fortress symbolizes the incorporation of Saudi Arabia. Al Masmak Fortress is translated as ‘strong fortress' in the English Language. The strong walls stand for the reclaiming of Riyadh in the 19th century. Made with ancient bricks and clay, the walls were built in the early 1900s. You may have heard of the saying that if the fortress should fall, the kingdom would also fall.

The fortress gives an expression of the kingdom's historical setting. From the ancient throne to the impeccable Diwan(sitting room), there are lots of traditional masterpieces.

Another attraction is the opportunity to shop around. From beautiful clothing to affordable souvenirs, there is more than enough for tourists to pick from.

Visiting the sky bridge is majorly for one reason: the view of Riyadh from 300 meters away. The bridge is located in the Kingdom Center Tower. Although there are several other places to visit in the tower, sky bridge is a place you should never miss.

Of all the tall buildings in the whole of Riyadh, the Kingdom center which houses the bridge comes third. Sky bridge occupies the 50th floor of the tower. The sight of Riyadh from the bridge at night is a wonderful one.

If you're a lover of nature, then the Riyadh zoo is the perfect attraction awaiting you in Saudi Arabia. This zoo is the biggest in the Kingdom of Saudi Arabia as a whole. On entering the zoo, you will be utterly surprised to learn that it was once a small zoo. Initially, the Riyadh zoo was home to only a few species of animals. The animals in the zoo were only those that came into the royal families as gifts.

Presently, the zoo has over 42 animal species for visitors to see. The Riyadh zoo is not just a tourist center, inhabitants of Saudi Arabia often visit the zoo.

There are also restaurants at the zoo where you can dine after you walk around the zoo. You could also relax while you get entertained at the theatre.

It is worthy of note that the zoo is never open on Sundays.

The Al-Zel souq is situated around the Al Masmak Fortress. You may be wondering what ‘souq means, just think of it as a local market or mart. This souq is renowned for its gold sections. There is rarely a tourist that has visited Riyadh without going to the Al-Zel souq.

Apart from gold, other products like traditional clothes, ancient souvenirs, old pieces of furniture, and silver are also sold at the souq. Tourists get to know more about the history of the kingdom through the antiques sold at the souq.

The best part of visiting the Al-Zel souq is how versatile the sellers can be. The majority of the sellers can be communicated to in the English language. Tourists can bargain as they like without feeling out of place.

The souq is also called Al Thumairi souq, the reason being that the souq is on Thumairi street.

Book your trip now A DAY IN RIYADH

Many different antiques, works of art, architectural structures, audio, and video presentations, and artifacts are on display for tourists.

The museum is famous for its superb infrastructure. In the Kingdom of Saudi Arabia, the national museum in Riyadh is one of a kind.

It is essential to note that it is most recommended to visit Riyadh during winter. This is because the city can be very hot during summer. However, if you happen to find yourself in Riyadh during winter, you should avoid spending too much time outside around midday when it is very hot.

you can book your trip now RIYADH CULTURE