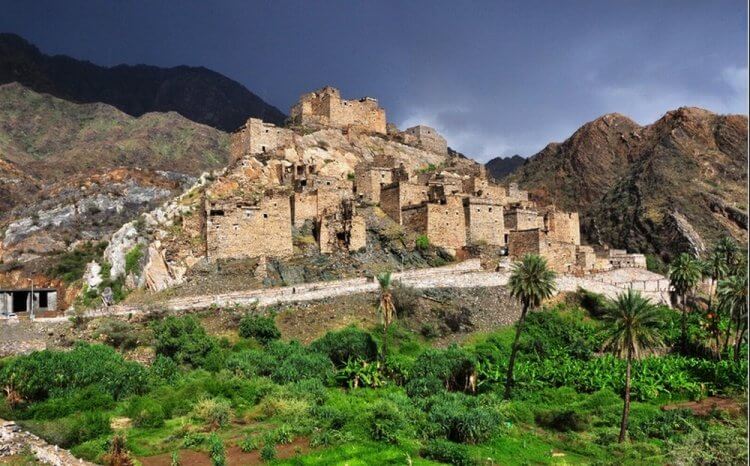 Saudi Arabia is increasingly becoming a tourist destination over the years. The kingdom has relaxed some of its stringent laws concerning dressing to accommodate visitors. However, this does not imply that the culture and religion of the country have become compromised. If anything, the core principles remain the same.

It is, therefore, essential to know about the type of clothes allowed in Saudi Arabia before traveling there. While planning, it is advisable to know what to wear to know what to pack along.

This article serves as a guide to what you are expected to wear in the Kingdom of Saudi Arabia.

Generally, there are two major determinants of your dressing in Saudi Arabia- the weather/climate and the religious precepts.

What To Wear Based On The Climate

Being a desert area, Saudi Arabia is predominantly hot. This explains the common long robes and head covers that the natives- both men and women, wear around. This choice of clothing is to shield the body from the hot sun and harsh weather. The hot weather in Saudi Arabia is far hotter than the usual hot weather in most European or American countries.

During winter in Saudi Arabia, the evenings are relatively cool while the days are bright. Spanning from December to March, this is when most tourists enjoy visiting Saudi Arabia. Jackets and sweaters are common, especially in the evenings. Generally, you should dress warmly.

Spring spans from March to June in Saudi Arabia. During this season, the nights are very cold and the days are just cool. You should wear thick shirts and loose cotton trousers while going around during spring. If you are in the Southwest, you can expect rain to fall regularly.

In Saudi Arabia, summer spans from June to September. The days are usually very hot and the nights are only a bit warmer. The temperature could be as high as 44°C during the day. It is a no-brainer to dress lighter during summer. You should wear loose-fitting dresses or robes(or abayas). It is also recommended to wear clothes made out of linen or cotton that won't feel sticky or uncomfortable.

This season spans from October to November. During the autumn season, the temperature is cool during the day and much cooler at night. You should wear clothes that protect you from the cold weather. You should also avoid materials like nylon, lycra, or rayon.

What To Wear Based On The Religious Precepts

Apart from the climate condition of Saudi Arabia, the deep religious roots of the country are a significant contributor to the dominant dress style.

Generally, a conservative style is a norm when it comes to dressing in Saudi Arabia.

Wearing transparent clothes is prohibited in Saudi Arabia. The undergarments should not be seen, whether for men or women.

During Ramadan, especially around mosques, dressing is usually more conservative.

Generally, dressing moderately helps tourists get along well with the natives. Showing off the skin can result in looks of disapproval and avoidance. Although the aim of tourism is exploring the place itself, getting on the bad side of the natives will give you a lower-than-satisfying experience.

The native men have a simple dressing style. While many of them casually dress Western, their traditional attire remains the same. The long-sleeved loose-fitting robe is the usual cloth for Arabian men. The full-body-length robe, called a thobe, is usually white. This is a way of being distinct from the women who wear black abayas. To cover their heads, men wear a taqiyah, covered with a type of head cover called a ghutra. The taqiyah is a small cap that does not entirely cover the head. Its major purpose is to make sure the ghutra stays in place. The ghutra is a plaid or checkered white and red head cover. It protects the head and face from heat and sandstorms. The ghutra is usually pinned down with a black cord called an agal.

While tourists are not compelled to dress like the native men, some rules should be noted.

Male tourists are also expected not to wear ripped or tight jeans. Wearing shorts in public is also prohibited.

Arabian women are allowed to adorn themselves with golden necklaces and earrings.

Female tourists are expected to wear clothes that cover their shoulders, legs, and arms. It is also prohibited to wear too tight clothes or clothes with flashy colors. If you would wear a pair of jean trousers in Saudi Arabia, make sure the shirt or top you’re wearing over it is long enough to cover your backside.

Wearing a bikini is allowed as long as you are in a private pool in your separate villa. Once you are out of the pool, you should cover your body.

Aside from getting unnerving gazes, dressing inappropriately can lead you to trouble with the Arabian religious police. It is better to be safe than sorry.