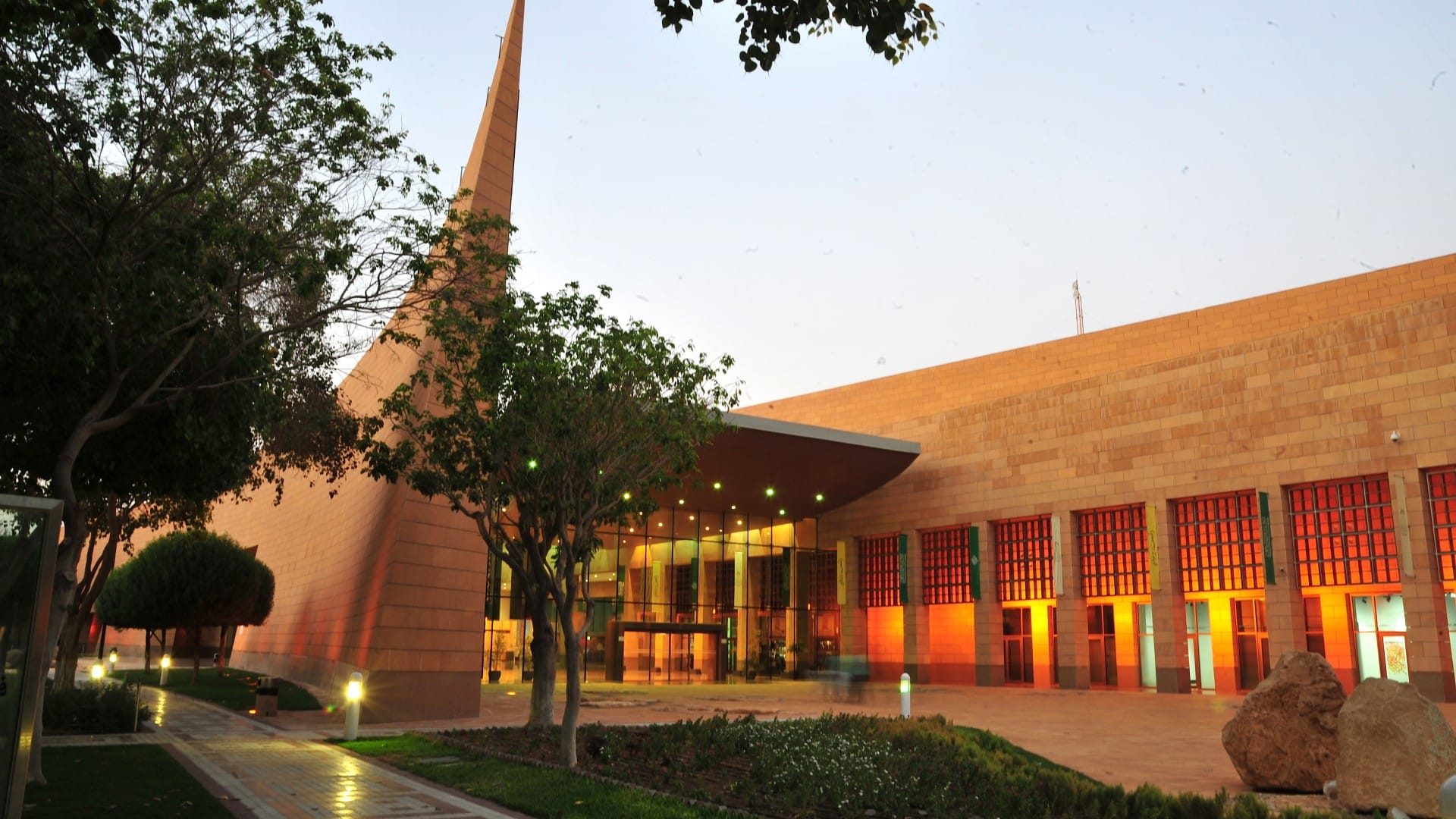 It's located along King Faisal Road, King Abdul Aziz Historical Centre, Riyadh 12631, Saudi Arabia. It was established in 1999. Designed by the veteran architect Raymond Moriyama, who got the idea and inspiration from the form and color of the red sands on the outside part of Riyadh. The museum is a state-of-art building.

Just by taking a simple glance at the structure, one can tell that the government of Saudi Arabia has invested a lot in it. The museum is a cultural and civilization center, it is also a natural history museum. It covers geographical aspects, early civilizations, some fossils, and a detailed history of the religion of Islam. The museum can also boast of excellent facilities and recent technologies that provide a new-age educational environment.

The environment also has numerous plazas and parks. There are lots of interesting facts about the National Museum in Riyadh. The museum as aforementioned was founded in 1999. It is housed in the King Abdulaziz Historical Center, Riyadh. The center which houses the museum was formerly the compound of the Murabba Palace. The center itself possesses an old courtyard house, a mosque, a library, a conference building, and different parks covered with lawns and water showers.

The development of the museum started as a part of the Murraba development plan for the hundredth anniversary of Saudi Arabia.

Book your trip  A DAY IN RIYADH  SAUDI ARABIA TOURS

The museum itself has 8 halls which include:

This part of the museum exhibits mainly the way of life during the very early days of human life. It shows the way geological changes on the earth influenced ancient man. It also exhibits important educational information about the solar system, geology, geography, and the evolution of the plant and animal kingdom in the Arabian region. At the entrance, there is a major exhibition of a huge meteorite fragment that was discovered at the Wabar craters in the desert of Rub'al Khali. Also, there are big skeletal displays of a Platybelodon and the extinct fish-like marine reptiles Ichthyosaur.

This hall is also called the Jahiliya Era Hall, Its exhibits are majorly about the way of life of the Arab folks before the beginning of the religion of Islam in the Arabian peninsula by the Islamic prophet, Muhammad.

This hall exhibits the portraits of timelines of the Arabian Peninsula from the beginning of Islam after the arrival of the prophet Muhammad in Medina and till the beginning of the First World War which ended the rule of the Turkish Ottoman Empire in the Arabian peninsula.

This hall exhibits, provide real information about the prophet Muhammad. Everything about the prophet's birth, family, lineage, and migration from Mecca to Medina were properly documented and exhibited.

This hall displays the history of the creation of the first and second Saudi Arabian states. The first state in 1744 and the Second state in 1824 respectively.

This hall depicts the importance and history of the two holy sites in the religion of Islam(Hajj and Al-Masjid Al-Haram in Mecca and Al-Masjid an-Nabwi (in Medina). It also highlights the work and effort of the then King Abdul Aziz Al-Saud in the development and progression of these two holy sites. This hall also has three models, one is of the Makkah Province, the second is the Al-Masjid Al-Haram, and the third, Al-Masjid an-Nabwi.

The halls in the museum are all named according to the information contained in the respective hall.

This museum is really beautiful and informative enough to be named one of the very best in the world. The building, landscape, region, environment, exhibits, use of modern technologies, helpful and courteous staff and tour guides are all excellent and world-class. It is a place to be for any true history and culture enthusiast. An experienced tourist will not forget in a while, as it is appealing, and, offers a suitable learning environment. The National Museum Of The Kingdom of Saudi Arabia, Riyadh, is a wonder to behold.