The Best Places To See Snowfall In Saudi Arabia 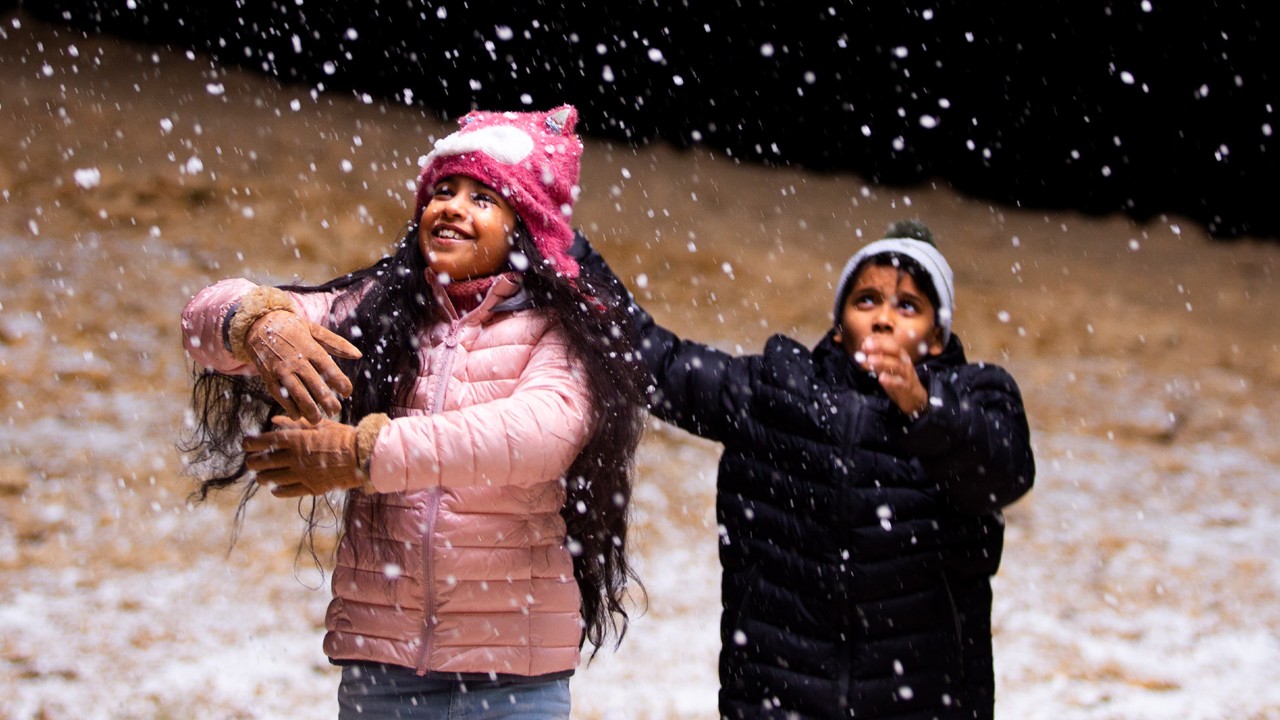 The Best Places To See Snowfall In Saudi Arabia

It's hard not to smile when you think of snowfall, no matter where you are, especially in Saudi Arabia, where snowfall is not as common as in other parts of the world. The novelty of snow in Saudi Arabia is part of what makes snowfalls an even more enticing winter surprise. When it snows, locals take advantage of it to go up the slopes on sleds and enjoy the views along the winter route. Sledding is a great way to start a day in the snow in Saudi Arabia.

Saudi Arabia is located in Southwest Asia, a desert country and an Arab Muslim state.

Saudi Arabia fills most of the Arabian Peninsula, bordering the Red Sea to the west and the Persian Gulf to the east.

There are places in Saudi Arabia that experience snow, intense cold, and snowfall during the winter months. However, these winter cities are few and small in size compared to the true winter cities of Europe and the United States.

These cities offer all the fun and attractions of any other place in the world.

So if you have traveled to Saudi Arabia in the winter and are looking for places to see some fantastic snowfall, keep this list handy as you may want to consider going here.

Below are 8 cities in Saudi Arabia where you can find incredible snowfall in winter for cold lovers.

Snow seldom falls in the northern mountainous regions of Turaif, Tabuk, Arar, and Rafha.  Locals and visitors travel from different parts of the Kingdom to enjoy the crisp, cold weather and snow activities such as snow sledding.

Average temperatures in Hail vary drastically. Taking into account the humidity, the temperatures are pleasant between summer and winter. Hail, a city in the northwest, is located at an altitude of 950 meters above sea level.

This elevation makes it a popular year-round tourist destination for ex-pats and Saudi locals alike.

The city is also famous for its agriculture, which produces cereals, fruits, and dates.

In Turaif, the summers are long, hot, arid, and clear, and the winters are cold, dry, and frequently clear. Located on the northern border of the Kingdom, close to Jordan, Turaif is the coldest winter place in Saudi Arabia.

Turaif holds a record for the lowest temperature in its history at -12 degrees Celsius, making it the coldest winter spot on the Arabian Peninsula.

This is one of the most surprising cities in Saudi Arabia when it comes to temperatures.

In summer, the temperature can reach up to 49 degrees centigrade; however, it is one of the cities that witnessed a drop in temperature so that during the winter, temperatures are close to 0 degrees centigrade, leaving the city covered in snow. Rafha is located in the north of Saudi Arabia and is close to the border with Iraq. Rafha is a city that has suffered heavy snowfall. It is one of the most beautiful cities in Saudi Arabia.

Sakaka is also located in the north of the country and is the capital of Al Jawf territory. Here the winters are cold and harsh.

The surprise that the city of Sakaka reserves for its visitors is the absence of high mountains, a typical characteristic of a city with freezing winters in this region. January has been found to be the coldest month in Sakaka, with an average high temperature of 15.7 °C (60.3 °F) and an average low temperature of 3.9 °C (39 °F).

Abah is quite famous and in fact, a popular tourist destination in Saudi Arabia.

Also, ex-pat and locals living in hot climates regularly visit this city located in the Saraswat Mountains and situated at an altitude of 2,270 meters.

A visit to Abah is never complete without visiting the nearby town of Al-Sooda.

Al-Sooda is a 30-minute drive from Abah Airport and is located in the Sirwat Mountains at an altitude of 3000 meters above sea level.

Araar's natural tree forests cover the mountains surrounding this picturesque town and are home to one of the largest national parks in the region.

The highlight of a visit to Al-Sooda is the 7 km cable car ride from the Sirwat mountains to the village of Tahama, where you can enjoy peace and nature on the cable car ride.

If you love snow, Tabuk is one of the coldest winter places to go. A very cold city in Saudi Arabia, Tabuk gets a thick layer of snow during the winter. A trip to the city during winter when it's covered in a fine layer of snow is a trip to the sand;  the region experiences temperatures of minus 4 degrees Celsius.

Photos of locals playing in the snow circulating on social media are often taken in Tabuk. It can get very cold and dry there, so be sure to bring your winter clothing if you plan to visit while on vacation.

The city is relatively new, its foundations dating back to 1951. Arar sits in the heart of a vast rocky limestone plain and has a decent climate, with temperatures not even above psychological zero. And just like in other places in the north of the country, it occasionally snows, though mildly.